Bethesda just announced the new Wolfenstein II: The New Colossus at E3 to rave reviews and critical acclaim. When the time came to develop the site and digital marketing for Wolfenstein, Bethesda turned to nclud.

Wolfenstein was one of, if not the first first-person-shooters, and with that title comes a devoted and demanding fan base. It’s alternate-history plot involves the storied and iconic BJ Blazkowicz killing Nazis in a post-war, German-conquered America. Bethesda Softworks challenged us not only promote the game to the hyper loyal fans of the fanbase, but showcase his story to the potential new players who enjoy historical fiction, action-adventure, and first-person-shooter games.

nclud have previously partnered with Bethesda Softworks – the video game publisher behind legends like DOOM, Fallout, and Skyrim – on the 2016 smash hit DOOM and when it came time to work on Wolfenstein, they tapped us for a multi-phased digital campaign and marketing site.

The gaming community was excited – our site received hundreds of thousands of hits on launch, with more than 7,000 order intent events registered in our conversion analytics.

Check back here for more details and behind-the-scenes treats on the UX, Design and Development of Wolfenstein.com and be sure to check out the game (and kill a bunch of Nazis) when it comes out. Dual wields for the win.

Jadd is a Senior Content Strategist with a background in digital public relations and marketing. When not using his SEO and PPC skills to develop all encompassing client content strategies, you can find Jadd publishing content about up and coming bands and independent music. 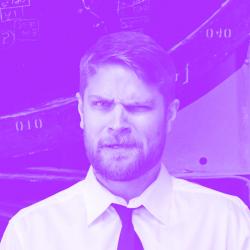