This post is the second in a two-part series on this topic. Check out Part I: Using Analogies To Move Through The Product Phases over here.

In last week’s post, I shared my strategies for using analogies to help frame the design conversation when sharing your work with stakeholders. Speaking in technical jargon doesn’t always help you get buy-in or help others understand why you took a human-centered approach to designing your solution. If platitudes aren’t your thing, go back through history: some of the best examples of human-centered design are the ones that have been around the longest and that we still rely on today, because, frankly, if you design really well for humans, the design can be sustainable and usable way beyond the intended user base.

Take, for example, the shower. If you look at the IA of the modern shower, you get a shape that’s quite familiar in nature: a waterfall. The earliest showers were pretty simplistic, and they solved the basic human need to cleanse the body, particularly after hunting or preparing animal meat. As society progressed, we get to the Egyptians, who iterated on this concept to come up with a man-made solution: water jugs poured over the head. Showers were for the wealthy, and the well-heeled would stand under a stream of water from the filled water jugs their servants poured over them. They were so obsessed with hygiene that the upper-class would often shower multiple times a day to be as clean as possible. Needless to say, this water jug-pouring method wasn’t entirely user-centric. It was laborious to gather all that water, and the water itself was super cold. So this first iteration was a simple solution, but lacked efficiency and sustainability for its longterm success.

Then came the Greeks, who took that first concept and said “yeah, we like that, but let’s make it better for what we need in our society.” They laid the IA for what would be much of our modern innovations today, including plumbing — from aqueducts — and they could then create big communal shower rooms, which were basically big pools to sit in for leisure time; they had small standing showers, not unlike the ones in those pretty HGTV bathrooms today. The plumbing system democratized water usage, and made it accessible to more people than just the wealthy.

In 1767, the first relative of the modern shower made its debut. William Feetham, from London, patented his shower concept. It solved the problem of needing lots of man-power to fill jugs because it basically held all that water in one big jug above your head. You would then pull a chain and down came the water – which was freezing, and which hit you all at once. In the 1800’s when indoor plumbing was invented, at a time when “Cleanliness” was next to “Godliness” in the Westernized world, the modern shower became something that was accessible to all – in every household, and could now vary in size and shape, while still preserving the form of the waterfall that drenches the body to get it clean efficiently. Since then, the shape and utility have remained the same.

Perhaps the greatest example of all fundamental human-centered design achievements lies in the Great Human Equalizer: The modern toilet. Early humans had a basic need to solve for, just as they did with bathing via waterfalls. The solution was a very crude, simple one: a hole in the ground that left much to be desired. In Ancient Egypt, the wealthy used limestone to create a more comfortable, ergonomic experience, and they had essentially seats that had very deep deposits beneath them. In Ancient Greece, leveraging the plumbing innovations they created and the ergonomic design the Egyptians first made, the society could again iterate on their needs by focusing on the existing pain points. Plumbing systems democratized accessibility of the bathroom innovations, and so the Greeks could create public bath houses that were open to all. All in all, there was not a huge difference in the level of comfort or ergonomics or general experience in what they created. Stone is stone, and that was what was readily available to them for industrialization.

Once we got to the 11th century, classism and wealth were all the rage, so the boom of huge castles meant competition for ostentatiousness in design and functionality for any advancement. Chamber pots were passe – and private rooms were created to provide a solution that fit the user base. These little rooms were called “Garderobes” and they were essentially the first lavatories. They were pretty innovative because they solved multiple problems at once: The wealthy castle-dwellers needed to be able to have lavatories on more than one floor, and these were built to basically have drop holes, of varying heights by floor. It deposited waste down to the moat below in most cases, and in that way, it provided a (super gross) line of defense against intruders trying to swim/scale the wall. You may recall this from Tywin Lannister’s epic death scene in Game of Thrones.

So this was the standard – for hundreds and hundreds of years. They were just small deposit boxes that were dressed in velvet, pearls, porcelain, and fineries, for the wealthy. King Louis XI had his tripped out behind curtains and surrounded by herbs and plants to help control the scent. In 1596, Sir John Harrington, of Bath, created the first plumbing system that would funnel water to/from the bowl. The “S”-shaped pipe system meant that only clean water went into the bowl, and stenches were carried downward, away from the bowl. Queen Elizabeth was so impressed she immediately started using these toilets in her palace, but they were largely inaccessible for the general public. The invention was actually slightly improved and then patented in 1775, by Alexander Cummings, of London, and then shortly thereafter, the Industrial Revolution made mass-production of products an economy that brought with it wide-scale accessibility, to a whole new user base. It was safe, sanitary, and finally, universally available. In 1848, it was mandated in England that all newly-constructed households use this system. It was at this point in time that the shape we all use today became widely accessible.

This was a fundamental moment in human-centered design history, not as a for the milestone for the Industrial Revolution and the accessibility it brought with it, but for the actual shape of the design. It is largely unchanged today: the basic shape and usability have not changed in over 200 years. Little feature iterations have appeared as needs arise and individual constraints change – water usage limits, for example, have tempered the workings of individual features and how the toilet flushes, but if you look at images of the modern bathroom, little has changed. So if analogies aren’t your choice in communicating the importance of the work that we do, look to history. Design, when done well, for a large group of humans, is sustainable and utilitarian. 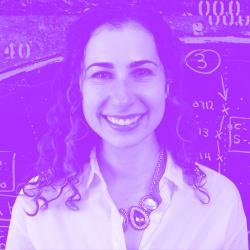 Taxonomies for Filtering and Sorting: A Comprehensive Guide

Taxonomies are an essential tool for organizing and structuring large amounts of data. They help to filter and sort information in a way that is intuitive and easy to understand. This guide will provide a comprehensive overview of taxonomies and how they can be used to improve the user experience on your website. What are […]

As we approach 2023, it’s important to stay up-to-date on the latest website design trends in order to create a visually appealing and user-friendly site. Here are some of the top trends we expect to see in the next few years: Responsive design: With the increasing use of mobile devices, it’s more important than ever […]