Adobe Systems Incorporated (or simply known as Adobe) has been an unstoppable powerhouse, with its software offerings being critical to the output of the creative industry. The computer software company creates tools for designers by designers, so their outreach into the community has always been a priority for their massive product teams.

The Adobe team was recently in DC for the Creative Jams, an event series that brings local thought leaders to present big-thinking ideas alongside an intensive but rewarding design competition using Adobe apps and products. In tandem, Adobe’s product team reached out to nclud and other leading creative agencies to present their vision for Adobe Experience Design (XD), a relatively new prototyping tool that recently launched out of beta to Adobe subscribers. With nclud’s deep history of creative design processes and product expertise, we sat with the Adobe team to demo and review behind-the-scenes features that will continue to help elevate creatives in the visual and product design industries.

What is Adobe XD? Why design prototypes?

Like many on our UX and Design teams, you may already be familiar with XD from the beta testing period. It is a tool to quickly create and share interactive prototypes for new product designs, websites, and applications. The 1.0 version released November 2017 has continued development through monthly updates.

Throughout our web development portfolio we’ve built many design prototypes, from low-fidelity back of the napkin sketches to more fully realized rapid HTML prototypes coded directly in-browser. In all the various forms, the goal is to get ideas out of our heads and into interactive formats. Call it both documentation and testing.

Prototypes are an excellent design tool to quickly see what’s working, and what needs to be further explored or revised for better results. To create those prototypes you can use the aforementioned paper or code, or one of the various design software applications currently available, including Invision, Webflow, or even an animated Powerpoint or Keynote deck.

The unique strengths of XD follow from its Adobe Creative Cloud platform release, with wide accessibility to new and power users, seamless file integration with other design programs such as Photoshop and Illustrator, and cross-platform compatibility.

Design and prototyping tools seemingly come out on a weekly basis, yet for many, Sketch has remained an industry favorite for product and agency teams to create user interfaces.

Created by Dutch company Bohemian Coding, Sketch was the first of its kind to be a viable propriety vector graphics editor outside of Adobe’s monopoly to focus solely on designing scalable user interfaces. Since launching on September 2010, Bohemian Coding has enabled Sketch to build a passionately dedicated user-base who contribute to the software via open-sourced plugins. With Sketch’s deep integration with Invision Studio’s prototyping tool, it streamlined design-to-prototyping workflows that had designers abandon their Illustrator-to-PDF processes in a heartbeat.

Adobe, quick to realize the needs of users working in the world of digitized product design, released their own rapid UX/UI prototyping tool, XD, from beta to commercial in October 2017. With nearly seven years of a gap behind Bohemian Coding, Adobe is already making strides on adoption with its platform’s unique strengths in XD.

Like Sketch, Adobe XD constantly iterates on current tools and introducing new integrations, looking to their largely-established user base to see where to steer next.

Raghu Thricovil, one of the software engineers on the Adobe XD team, gave a quick presentation of rapid prototyping across smartphone, tablet, and desktop design to the nclud Interactive Team.

Tools such as Repeat Grid, Drag-in-Drop Assets, and Smart Type Style editing were all demonstrated with just a few clicks (and as native to Adobe XD, whereas Sketch requires plugin integration to enable these functions as of April 2018).

With a new (yet confidential) array of beta features demonstrated, the Adobe team sought out user experience improvements and critical features that the nclud team would love to utilize for future projects. nclud’s input included possible improvements to the new animation interface with global keyframe settings, requests for compatibility with different asset formats from Adobe apps, and tool enhancements focusing on client-facing features, which prompted thoughtful discussion with the Adobe team as they documented our feedback to strategize on future software updates.

The XD Product and Engineering team is constantly asking questions about team workflow patterns and how best Adobe can accommodating to designers’ ever-changing needs. It didn’t shock Adobe’s team that nclud works primarily in Sketch, with third-party tools like Invision and Principle to create rapid prototypes, and were frankly happy to discuss the situations that dictating choosing between apps.

“Adobe has created the software I’ve most consistently used in my career for virtually all types of projects,” John Salmon, Senior Interactive Designer at nclud says. “Even though much of my work has shifted to Sketch, it’s great to see the XD Product Team actively seeking one-on-one time with designers and asking the right kinds of questions, especially when the creative industry seems to be changing at an exponentially increasing rate.”

Moving forward, the nclud design team is excited to hear more from the Adobe XD team, and we look forward to testing new features in future beta releases and integrating them into our workflow. We know Adobe will continue to develop and launch software that inspires the creative community, and nclud will continue to use those products to stay on the cutting edge of technology and design. Just as it has been for 20 years – almost as long as Adobe itself.

A provocative creative agency focused on imagining and building highly-interactive experiences that push the limits of technology. Thinkers. Doers. Agents of change. A full-service agency with passion for ingenuity and innovation in every medium. 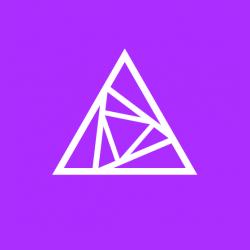