We’re honored to be included twice in the 20th Annual Webby Awards.

The Webby Awards are the leading international award honoring excellence on the internet. For 20 years the Webbys have been considered the internet’s highest honor. With nearly 13,000 entries from all 50 US states and more than 65 countries worldwide, the 20th Annual Webby Awards is the biggest in the history of the awards.

The nclud website won the distinction of Official Nominee — making our site one of the top 5 in the world for professional services. We’re extremely proud of our entire team here at nclud, and continue to be both humbled and amazed by the positive reaction that our own rebrand has attracted over the past year.

At nclud, we’ve had a long history of developing experimental sites that push the envelope what’s possible in design and code for the web. Fittingly, we’re pleased to announce that our Star Wars Galaxy site has been awarded an official Honoree in the 20th Annual Webby Awards, meaning it ranked in the top 20% of nearly 13,000 entries. You can read more about Star Wars Galaxy in our Building A Galaxy post.

Kerry is the CEO of nclud. In addition to the web, Kerry enjoys all things LEGO. 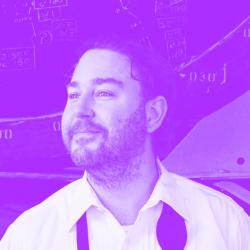 Finding a stellar web development company can be a tricky endeavor. There are various considerations you have to account for, and synergy is a critical factor. Of course, budget is another thing that comes into play. Luckily, there are many resources available to discover the best development partner for your next big project. As a […]

Dear friends, partners, and colleagues, What can be said about 2020 that hasn’t been said already? This was a year none of us expected to have, and as we see a light at the end of the tunnel, we’re taking stock of the things we have to be grateful for despite all the trials we’ve […]

Now is the time to think small. Small business that is. Did you know that small businesses account for 99.7% of firms with paid employees in the United States? It’s true. Small businesses make a large impact on both the national economy and their local markets. What’s more, they provide healthy economic competition and incentive […]